Popular Fraud Detection and Protection Updates to Catch in 2021-2022 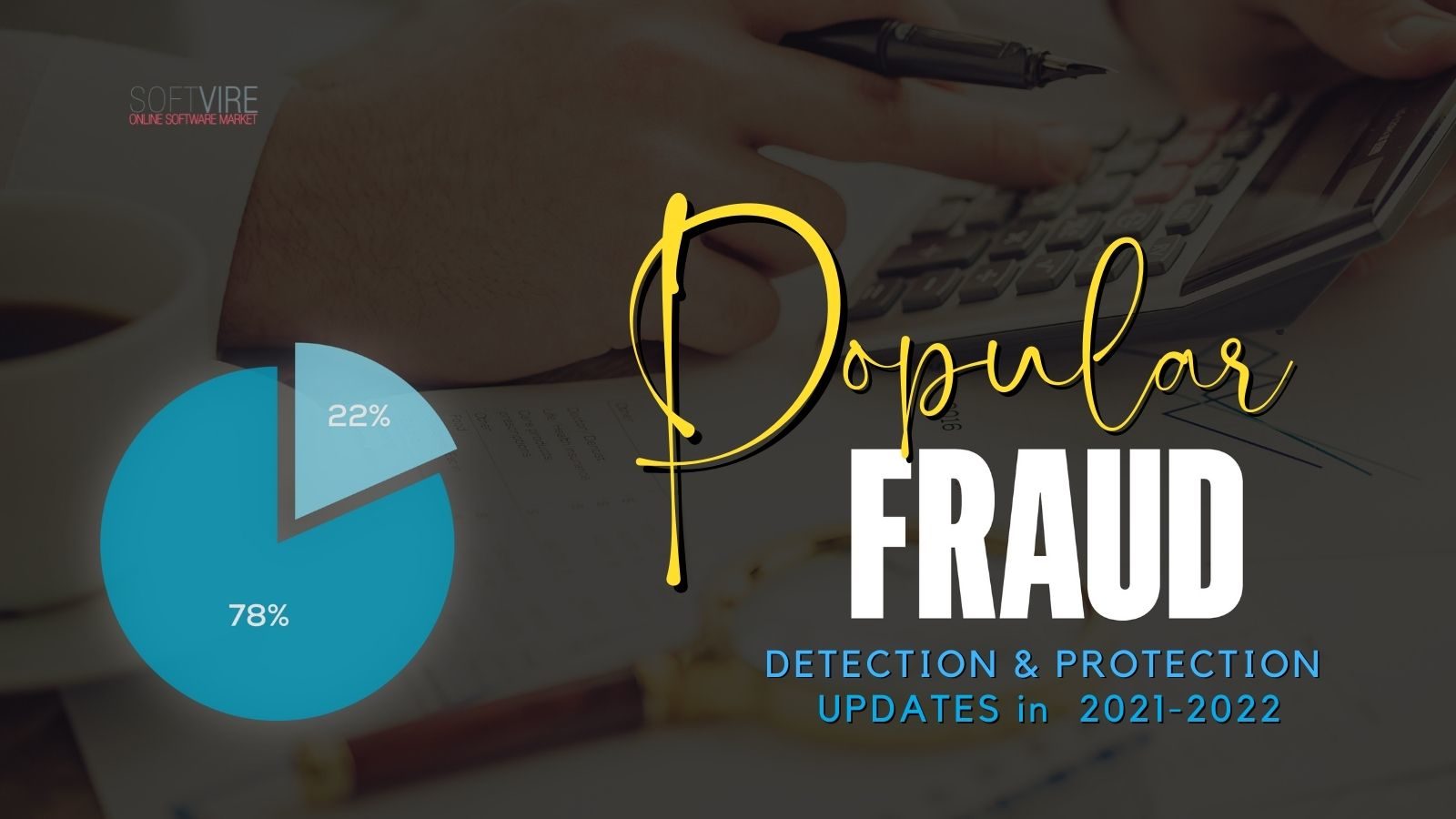 Popular Fraud Detection and Protection Updates to Catch in 2021-2022

Cases of identity theft and fraud are still widespread. The intensity of damages they bring to victims is becoming worse, with small businesses and clueless civilians being their primary targets.

In a recent Identity Fraud Study conducted by Javelin, victims of fraud hit a record high of 16.7 million in 2017 but decreased to 14.4 million later in 2018. The catch here, though, is that while the number of victims fell by millions, the damages incurred managed to reach $1.7 billion. The amount accounts to double the number of losses recorded in 2016.

Then how about these findings in the Global Economic Crime and Fraud Survey done by PwC in the UK. The organisation gathered 7,000 respondents who revealed:

These statistics only suggest that scammers are becoming more competent in their strategies. They know who the easy targets are and how to attack them. Recent reports pointed out how they shifted focus from big enterprises to smaller financial accounts like rewards programs. They know very well that these accounts are rarely wrapped with sophisticated cybersecurity tech and can be easily infiltrated.

The present generation is high-tech-driven, and even cybercriminals leverage innovations to make fraud undetectable. Society and different firms then need a stringent fraud detection system to at least minimise the attacks.

The world isn’t going down without a fight. The battle against this crime has evolved as new advances in fraud detection technologies arise. More controls are implemented to detect fraud in its earliest stages rather than after the attack has been done.

Machine learning is a form of artificial intelligence that most enterprises use for continuously learning data and independently improving this learning. In the same fashion, machine learning is used in fraud detection to constantly dig into the methods used by cybercriminals in committing fraud. 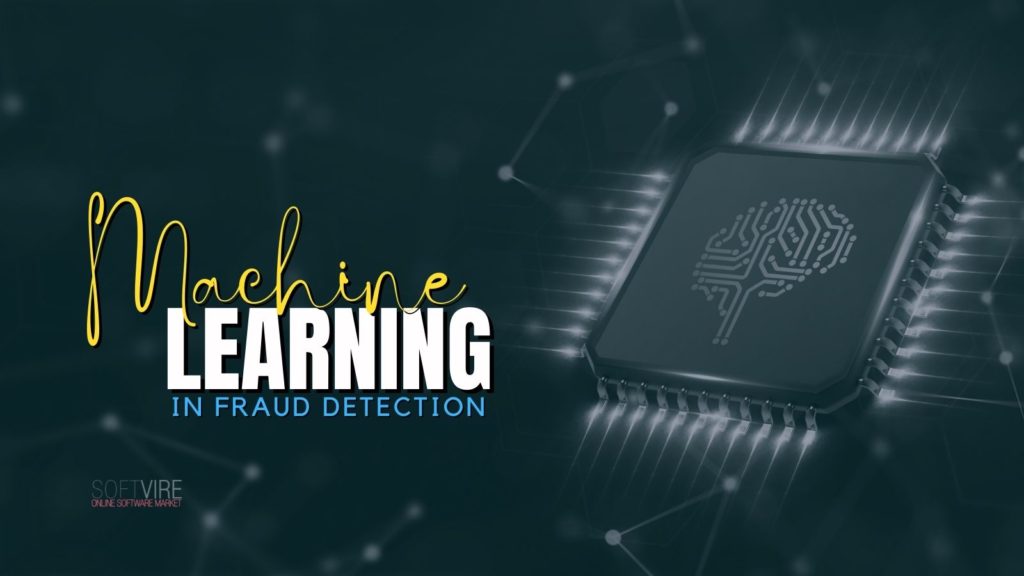 Hence, anyone using this tech becomes updated whenever a new trend in fraud comes up. Consequently, companies can revise their preventive strategies to counter these more recent trends.

What’s good about Machine Learning is that it never stops working. It digs into data day and night, making it almost impossible to miss out on any fraud attempts in the system. The machine compares all transactions with what is recorded as normal behaviour, and when a suspicious change happens, it alerts its owners of possible fraud.

Fraud attempts aren’t new, though. In the past years, machine learning has been used by insurance companies and similar financial firms to protect them from any modus. However, the difference comes with the analysis and judgment of fraud attempts.

In the past, Machine Learning flags incidents for review by humans. These days, it has grown smarter to replicate human decision-making through an algorithm called Neural Networks. Amazingly, Machine Learning can now make logical decisions, sometimes better than the judgment of humans.

How does this benefit the company?

Machine Learning has already finished detecting, assessing, and halting the crime before humans even notice it. So the only option for a criminal to continue committing fraud is to outwit Machine Learning.

Big Analytics, like Machine Learning, is used in analysing data. However, Big Analytics is only used to see trends and can’t do its decision-making.

However, companies can use this technology in fraud prevention and detection. 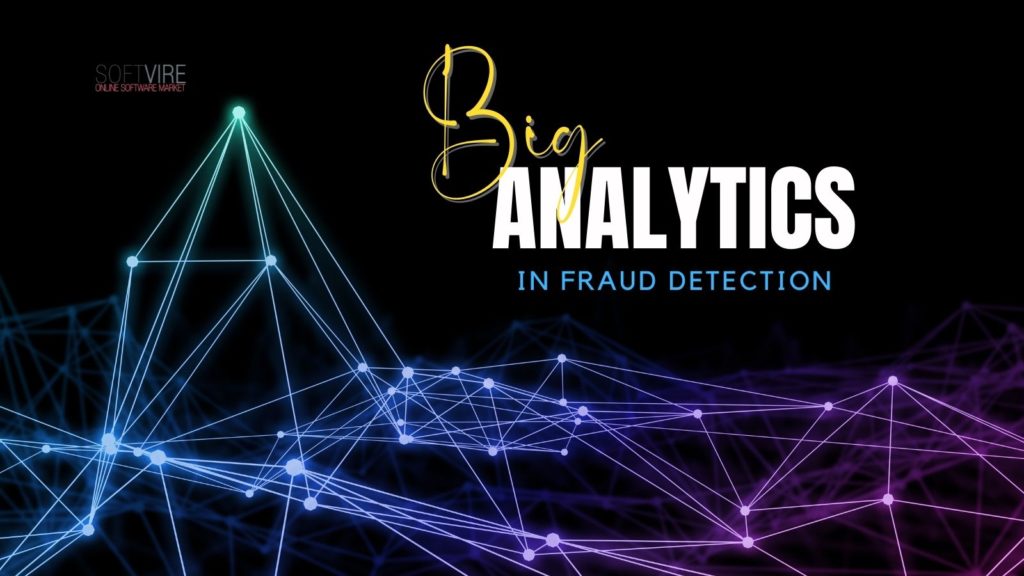 One form of fraud usually committed in shopping centres is taking advantage of their return programs.

Fraud prevention could be one of the advantages of your big data analytics. Big data analytics uses complex applications like what-if analysis and predictive models, and it is pretty hard to trick the system. The data gathered then serves as a reference for you to detect unusual activities, and from there, point out fraud attempts.

Another way to up your fraud detection game using big analytics is by connecting it as an integral part of your machine learning system. While machine learning already has its detection capabilities, big data analytics can broaden its scope further, making it highly accurate in gathering trends.

However, these advanced technologies are far from the reach of everyday society. They aren’t available for individual use, and investing in them requires some severe funds.

So, how can they recognise and defend themselves against fraud attempts?

As mentioned earlier, small businesses, as well as civilians, are easy targets of fraud. Most of them neglect the availability of anti-fraud and fraud detection technologies, making them highly vulnerable to attacks.

A simple antivirus no longer works in blocking cybercriminals who plan phishing URLs online and on documents as well as text messages. There’s even a new form of fraud called deepfake audio where criminals use deepfake technology to alter their voice, making them sound like they are an executive of a company. Being unaware of these kinds of modus, many people fall into traps set by fraudsters, and it’s already too late when they realise that they have been robbed.

Their functions include detecting new phishing trends that are usually the start of identity theft and fraud.  A content filtering option allows systems to track and block websites being opened on computers. Spam monitoring activities have been doubled too. The most advanced anti-fraud software, though, has data encryption functions as well as data loss prevention.

Detection features are also present. However, instead of pinpointing fraud attempts, they alert users instead about suspicious websites, links, and attachments that can open a window of opportunity for criminals to steal data and use them to carry out fraud. 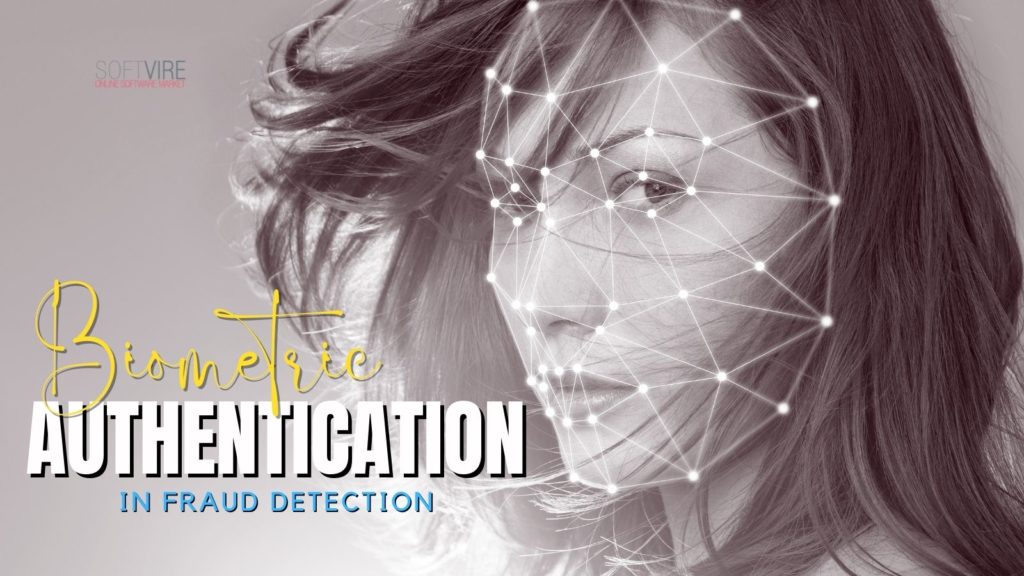 The use of fingerprint scanning (66 per cent), facial recognition (63 per cent), and iris scanning (62 per cent) are considered the most effective methods of verifying identity. The use of these methods increases as consumers become more aware that passwords alone are insufficient to effectively secure accounts and as support for these technologies grows.

Businesses may inspire more trust in their consumers by utilising continuous biometric authentication to decrease fraud risk and increase revenue. These fraud security measures may be implemented from the beginning to the finish of a transaction across all digital platforms, assisting in the ongoing authentication of transactions. Utilising device trust, identity, and behavioural analytics can prevent fraudsters from gaining access to a system through inadequate password management.

When businesses fail to offer a positive customer experience, they risk losing consumer trust, brand loyalty, and, ultimately, revenue. This situation is factual across all sectors. There are no exceptions for financial institutions, especially when it comes to settling account takeover fraud.

In reality, just one-third of victims of identity fraud was happy with the way their financial service provider addressed their identity fraud problems. It is estimated that the average cost of identity fraud per customer will grow by $3 (USD) in 2020 and that consumers would spend on average 12 hours attempting to address their problems.

Due to a negative resolution experience, 38 per cent of identity theft victims closed the bank accounts where the fraud had occurred.

Communication is essential to improve the customer experience in the areas of fraud resolution and fraudulent behaviour. Businesses may be more honest with their consumers about how their identity fraud is handled if they take the following steps.

Companies that provide financial services to their customers can provide material on their customer-facing channels, including remediation advice and information about what to expect when fraud claims are processed.

Additionally, a client notification procedure may be established using current account alert technologies like email and SMS/text messaging. These steps will assist in setting expectations and avoiding assumptions about what is expected of both parties to reach the most efficient and successful settlement possible.

Victims of stimulus-refund-related fraud, jobless money mule scams, and identity fraud scams were all in possession of digital wallets such as Apple Pay and Samsung Pay, as well as peer-to-peer payment services such as PayPal, Square, and Zelle, among other things.

According to the Financial Times, increased P2P fraud assaults are attributed to a lack of investment by financial institutions in payment fraud management systems and a misunderstanding of who is accountable for P2P fraud.

Securing the future of this fraud trend will need a combination of more robust user identity validation, anti-money laundering (AML) procedures, and greater transparency into the users and monies that are being transferred between networks.

By conducting frequent site security audits, eCommerce merchants may identify and address weaknesses in their security architecture before thieves and fraudsters become aware of them and attack them. If such audits are carried out regularly, they will help to ensure the following:

Data is the primary weapon used by fraudsters in carrying out crimes. So apart from investing in fraud detection technologies, businesses should also focus on strengthening their preventive measures. All of these solutions may appear to be extremely expensive in today’s culture, but antivirus software is only a few dollars.

It pays to have a tool in finding the root of fraud attacks, but it pays more to prevent them even before they happen.

Mayleen Meñez worked for years in media production, then as a graphic artist and video editor. She then devoted more than a decade to faith-based NGO work, traveling both in the Philippines and Asia. She homeschools her three kids, reinvents Filipino dishes, and writes as a hobby and pursuit. She currently writes SEO articles for Softvire Australia and Softvire New Zealand, while preparing for her next adventure in the nations. 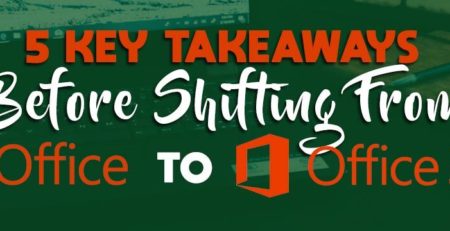 5 Key Takeaways Before Shifting from Office to Office 365

Not everyone needs to be on Office 365 cloud service. If you are running a small business or you... read more 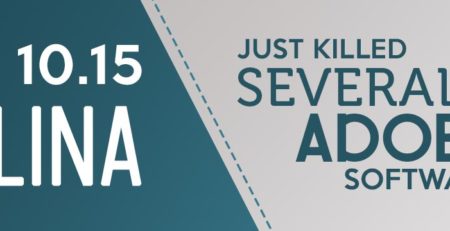 With the release of macOS 10.15 Catalina, you’re probably wondering if your Adobe software will work in this latest... read more 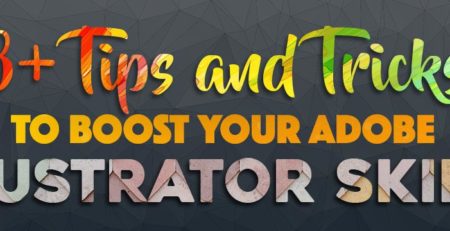 8+ Tips and Tricks to Boost Your Adobe Illustrator Skills

If you’ve never used Adobe Illustrator before, the program may seem overwhelming at first. There’s so much to it,... read more 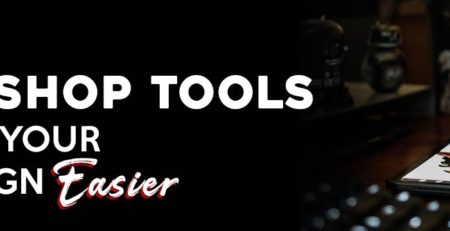 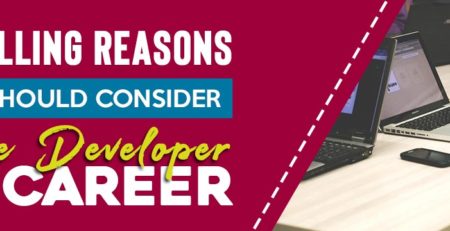 When you’ve always been good at computers from a young age, chances are high for you to become a... read more 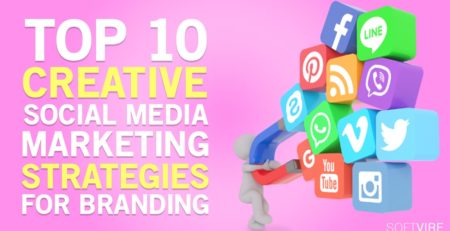 Social media platforms are evolving to be the most of the digital world, and millions of followers like me... read more 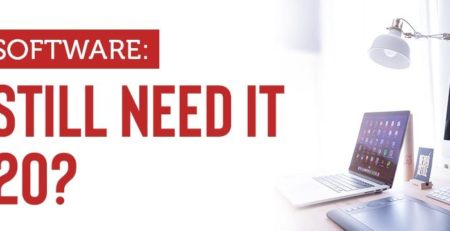 Antivirus Software: Do You Still Need it This 2020?

The days of computers and laptops being viewed as a box where viruses breed are long gone. Computer makers... read more 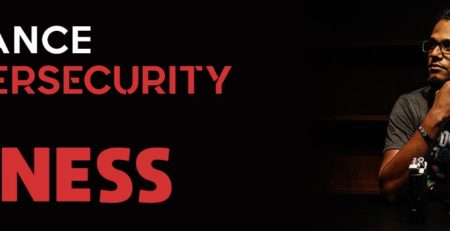 Importance of Cybersecurity in Your Business

Today, cybercrime is a bigger threat than it ever has been before. Everyone who uses a computer is at... read more 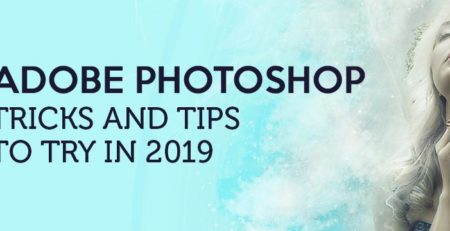 Adobe Photoshop Tricks and Tips to Try in 2019

Adobe Photoshop used to be just a complicated photo editing software. It was however revised and updated with features... read more 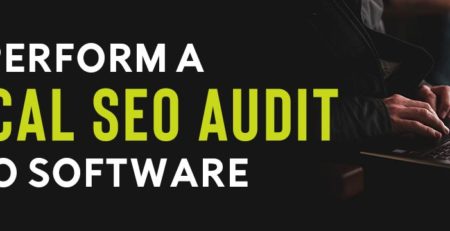 How to Perform a Technical SEO Audit using SEO Software

SEO has developed so much the past couple of years, following Google Algorithm updates, performing a technical SEO audit... read more

How IoT Can Have an Impact on Your Small Business September 15, 2021

10 Reasons Why You Need to Move Your Business Online September 8, 2021

8 Effective Lead Generation Strategies for 2021 With Instagram for Business September 2, 2021

New Normal Economy: How to Adopt Cryptocurrency to Your Online Business August 12, 2021

5+ Reasons to Adopt New Technology in Your Business this 2021 June 14, 2021
Follow @SoftvireAus Tweets by SoftvireAus