Microsoft rolled out its 7th Windows 10 feature update dubbed 1903 edition or Spring 2019 Update last May. You won’t see any major feature addition but windows operating systems improvements are obvious and they were implemented as an early treat to avid users for its 10 years anniversary.

Trying out the 1903 version, I can say that Windows 10 got a lot niftier and it is for real this time. 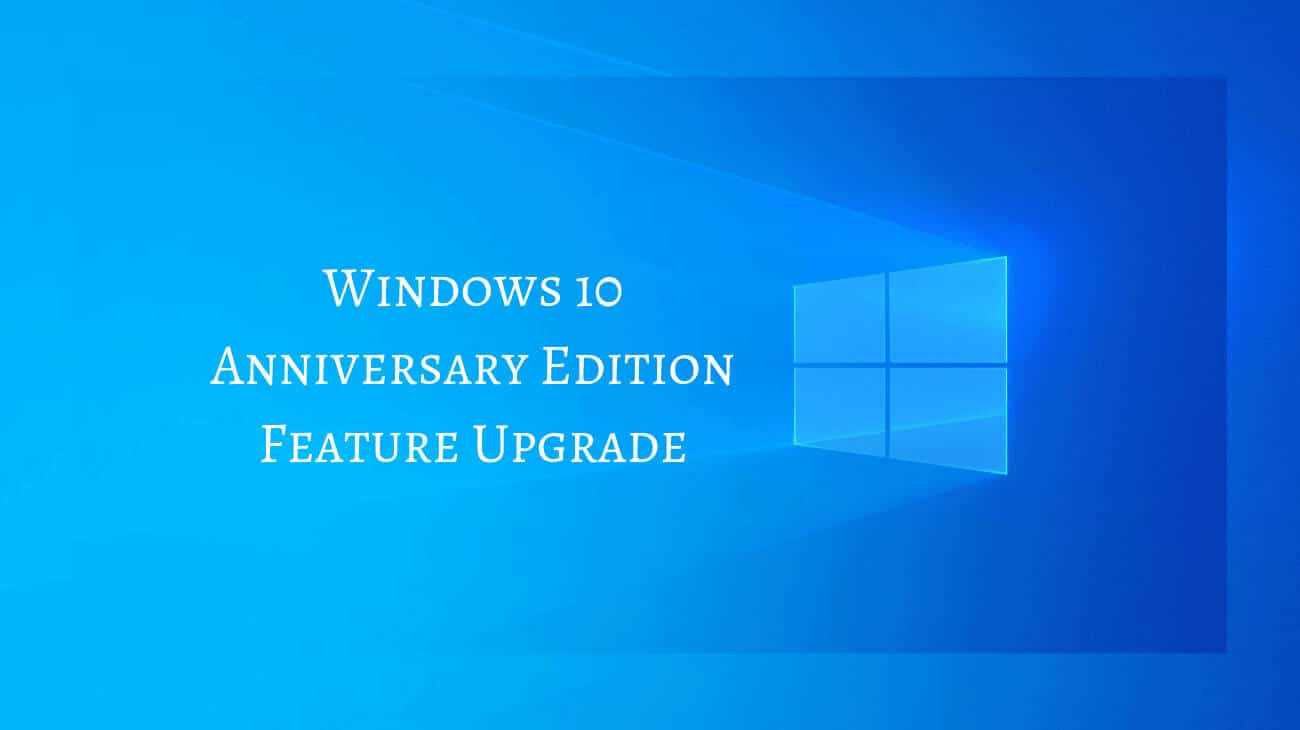 A breakdown of features for the Windows 10 Anniversary Edition updates

However, 2 months already passed and the next windows operating systems update is just 3 months ahead, but almost 40 percent of Microsoft users are still running the old edition. More surprisingly, there are still those who use Windows 7 operating systems!

Meanwhile, there are those who really chose not to update their OS because they feel like nothing actually changed and that they’d just waste time, effort, and computer space by doing so.

Following this, Microsoft officials said earlier this year that they are adding AI Algorithms on Windows OS so it will automatically update whenever a new version becomes available. They stressed out all the important reasons for running the OS updates, including:

It is in your own best interest to install windows operating systems updates. So if you are still using the old Windows, then this is the right time to update and start making it a habit to download new versions every time Microsoft releases them. I discussed in a previous blog about how you can install the new Windows 10 OS so you can check it out for a step-by-step guide.

As I mentioned, the Windows 10 1903 update provides the best possible user experience. The version is ultimately about convenience, adding more depth and utility to the experience.

Let’s break down these updates to find out which will be the most useful for your needs:

Sandbox is like a midget Virtual Machine. It was made for power users who need to test applications without putting their PCs at risk. This lets you run untrusted apps in an isolated environment that won’t affect your system. Using it is much easier than setting up a virtual machine that takes time to install and system resources.

Cortana has been a good addition to Windows 10. It works a lot like Siri or Alexa or Google Assistant. It is an AI digital assistant that tours you around your machine and launches applications quicker with a few commands. However, it didn’t gain much traction, unlike its competitors.

Most Windows 10 Users reported annoyance s it is built in as a part of the Windows Search experience and would have to use the DA even if they really don’t feel like using it.

With Windows 10 v1903, these 2 features have been separated from each other. The Search experience has been updated with a more elegant and useful landing page while Cortana is still there and you can just launch it when you need it.

In addition to being separated from Cortana, Windows Search got a user interface overhaul. It also got its “Enhanced” mode.

Starting with Windows 10 v1903, you can just turn the mode on to let it search across all your folders and connected drives for the specific file you want to pull out. This feature isn’t enabled by default so you have to turn it on from the settings.

This may seem like a minor update but for people like me who’s always in front of the computer, this is a helpful addition that adds to my positive user experience. In fact, this was among the most requested features for the 1903 version.

The new brightness slider in Action Center gives you precision control over the brightness level of your PC screen. This lets you adjust the brightness and color of your screen exactly the way you want it so it won’t strain your eyes after a long period of using your PC.

Windows 10 brought back the live tiles of Windows 8 but added the traditional Start menu with it. The new and sizeable menu no lets you pin tiles of your favorite apps on the desktop so you can see important information at-a-glance like upcoming meetings, weather forecasts, news stories, sports results, and even your messages on social media. It’s almost like the widget bars on your smartphone.

You’ll love how the tiles can animate to signal new content. You can group and name them too just like in Windows 10.

The rest of the Start menu is the same, old scrolling list of apps and controls.

The Windows 10 Anniversary Update divides these into two. You can find the ubiquitous hamburger menu on the left side. You can expand this to turn the tiny icons into a fly-out menu, allowing you to change your account settings and a couple more of other menus easily.

Annoyingly, expanding this section hides the rest of the apps list, so you can’t leave it expanded.

Right-click on the Explorer icon for a jump-list with pinned and frequently used folders. If you dig into Settings, you can add extra folders, though only from a standard list.

The scrolling lists of apps have been slightly rearranged in the Anniversary Update. You will see that at the top is the “Recently Added” section that appears only when you have new apps. At the bottom is the list of “Most Used” apps, followed by the “Suggested Apps.” These push down the alphabetical list of apps you installed so you have to scroll through the whole selection to find what you need. Now, this is where the Search Mode also becomes useful.

Apart from the Control Panel, Windows 10 added the Settings section for a more comprehensive solution to the ambiguous Control Panel. The Settings menu is more logically arranged.

The Settings app has a clear interface where you can easily see what it is you need to change.

The Reserved Storage feature is a smart way to get enough storage capacity when installing updates. This temporary storage can reserve around 7GB of your total PC memory specifically meant for updates, temporary files, system cache, and apps.

So when a new update is available, your Windows 10 OS will simply delete the files located in the reserved storage automatically to make room for the new update.

This feature is a treat for gamers. On Windows 10 v1903, the Game bar is getting a new gallery where you can view screenshots and videos without having to leave a game. There’s an option too where you can share content directly into Twitter.

A new system light theme has been implemented on Windows 10 v1903. This brings lighter colors for the Start menu, Action Center, taskbar, touch keyboard, and other elements that didn’t have a true light color scheme when switching from the dark to light system theme.

Windows 10 v1903 includes a new feature that allows the system to adjust your active hours based on your device’s activity automatically. This allows you to avoid unwanted restarts after Windows Updates.

There are more features that came with the 1903 version. Some were updates and some are new but there are still issues that are yet to be resolved. 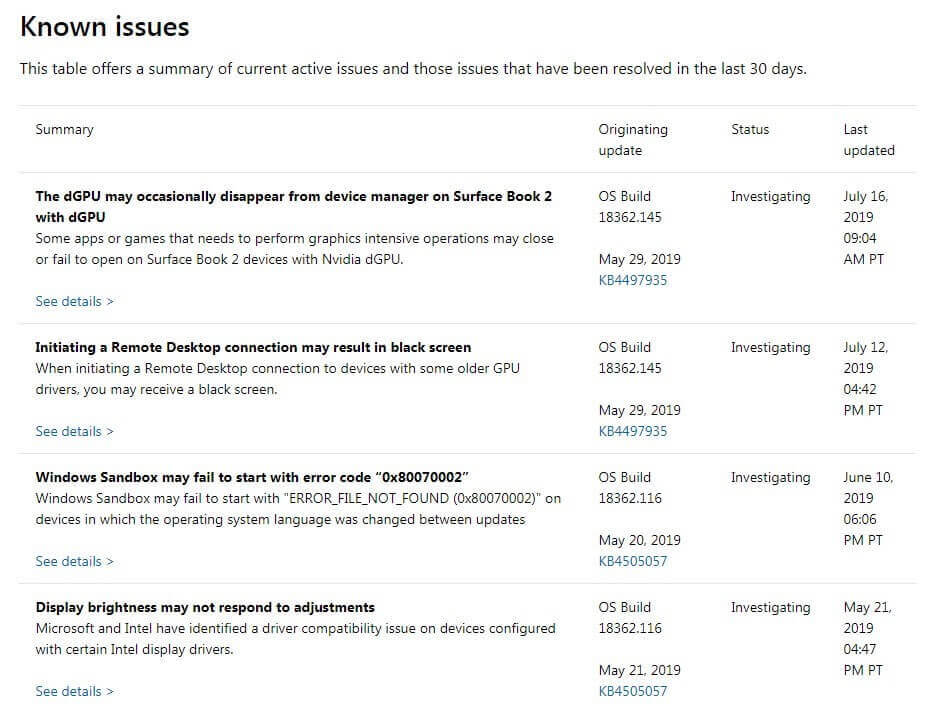 Microsoft has improved on resolving issues, though, with several complaints already fixed.

Another version of Windows 10 is just around the corner. If you haven’t gotten the latest but want to give it a go today, simply download the version from Microsoft and activate it with our affordable Windows 10 product key.

Digitech and education must go hand in hand in the new millennium, especially amid challenging and changing times. For... read more 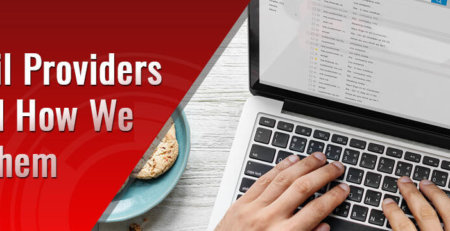 3 Best Email Providers of 2019 and How We Evaluated Them

Finding the best email provider is the top concern for many offices, most especially those who are in sales... read more

Whether you are busy with your thesis, essay, email, blog, or crafting your CV, grammar can be crucial for... read more

Digitech and Society (Part 2): 7 Effects on Business and Economy

In Part 1, we discussed the effects of digital technology and society on information, communication, and mass media. It... read more

How to Improve Your Small Business Bookkeeping April 19, 2021

Faces of Malware: How it Infects Computers and How to Get Rid of It February 23, 2021

Tips on How to Boost Your Computer’s Performance December 30, 2020

How To Make The Most Of Your Antivirus Software December 29, 2020

Ways on Learning from Customers to Outrank Social Media Competitors this 2021 December 10, 2020